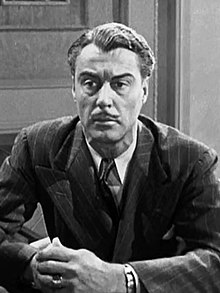 The height of Tris Coffin is …m.

1. Where did Tris Coffin come from ?

Coffin was born in the gold and silver mining community of Mammoth in central Utah and reared in the state capital of Salt Lake City.[citation needed] His mother was actress Elizabeth Christie, and his uncle was writer Robert P. T. Coffin.

2. What could we know about Tris Coffin besides his height ?

He began acting while he was in high school and thereafter joined traveling stock companies. He earned a Bachelor of Arts degree in speech from the University of Washington at Seattle, Washington. He worked as a news analyst and sportscaster until spotted by a Hollywood talent scout. His stolid looks were said to have served him well in his later acts.[according to whom?]

3. What are the projects of Tris Coffin ?

In 1955, he joined Peter Graves, William Schallert, and Tyler McVey in the episode “The Man Who Tore Down the Wall” of NBC’s Hallmark Hall of Fame. He had guest acted in the series Adventures of Superman, sometimes playing a “good guy”, sometimes a “bad guy”. In 1954 he appeared as Principal Garwood in Stamp Day for Superman which was produced by Superman, Inc. for The United States Department of the Treasury to promote the purchase of U.S. Savings Bonds.

He also had a act in the very first TV episode of The Lone Ranger, as Captain Dan Reid of the Texas Rangers, the older brother of the man who would become The Lone Ranger after his brother and four other comrades were murdered by outlaws. From 1951 to 1955, he appeared eight times as Colonel Culver in the Bill Williams syndicated television series, The Adventures of Kit Carson. He appeared nine times as banker Tom Barton in the syndicated half-hour color western series, The Cisco Kid, starring Duncan Renaldo and Leo Carrillo. In 1956, Coffin appeared in different acts in six episodes of the syndicated series, Judge Roy Bean, with Edgar Buchanan, Jack Buetel, and Jackie Loughery. He also appeared as a guest star in the ABC western series, The Life and Legend of Wyatt Earp, starring Hugh O’Brian in the title act.

Coffin appeared in the act of Col. Willis Murdock on the ABC/Warner Brothers western series, Colt .45 in the 1960 episode, “The Cause”. On February 9, 1960, Coffin appeared as Grey Gordon in “The 10 percent Blues” of the ABC/WB crime drama, Bourbon Street Beat, with Andrew Duggan, Richard Long, and Van Williams. He guest acted as well on the ABC/WB western series, The Alaskans.

Coffin acted as Captain Thomas H. Rynning in his own syndicated series 26 Men (1957),:1118 based on official files of the Arizona Rangers in the final days of taming the “Old West” before Arizona statehood in 1912. Kelo Henderson appeared with Coffin in the act of Deputy Clint Travis.

In 1966, Coffin played Joshua Bean, the older brother of Roy Bean (played by Tom Skerritt) in the episode “A Sense of Justice”, of the syndicated western series Death Valley Days. The segment is set in San Diego, California, where Joshua Bean was the founding mayor. He appeared in other Death Valley Days episodes too, including “The Hat That Huldah Wore” with Anna-Lisa and “Hugh Glass Meets The Bear” with John Alderson, both also in 1966.

In 1954, Coffin committed a noted blooper on the Climax! live television anthology series, in “The Long Goodbye”, in which Coffin’s character was depicted as lying dead. The actor did not realize he was still on frame, resurrected himself, and walked off camera. Despite this mishap, the actor was cast and appeared in another episode of Climax!, “Escape From Fear”, in 1955.

He appeared in comedy too, including episodes of Father Knows Best, Hey, Jeannie!, I Love Lucy, Batman, and Walter Brennan’s The Real McCoys.

Coffin married model Vera Duke, nee Veta Hetman, January 6, 1948 in California. Coffin died of lung cancer in Santa Monica, California, at the age of 80. His ashes were scattered at sea.