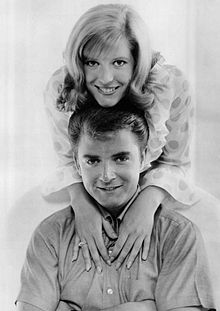 The height of Tim Considine is …m.

1. Where did Tim Considine come from ?

Timothy Daniel Considine (he is born in December 31, 1940) is an American former child actor of the late 1950s and early 1960s. He later became a writer, photographer, and automotive historian.

2. What could we know about Tim Considine besides his height ?

3. What are the projects of Tim Considine ?

On his father’s side, Tim Considine is of Irish descent, and of partial Greek descent on his mother’s side. His older brother is actor John Considine. His uncle Bob Considine was a King Features Syndicate columnist.

In 1953, Considine coacted with Red Skelton in The Clown, a remake of the 1931 movie The Champ which coacted Wallace Beery and Jackie Cooper.

Considine’s most noted acting acts were in the 1955–1957 Disney TV serials Spin and Marty (he played Spin) and Hardy Boys (he played older brother Frank opposite Tommy Kirk as Joe), both of which appeared in 15-minute segments on the Mickey Mouse Club; in the Disney show The Swamp Fox as Gabriel Marion, nephew of Francis Marion; in the Disney motion picture The Shaggy Dog; and as the eldest son, Mike Douglas, in the first years of the long-running television series My Three Sons, when it aired on ABC. In both The Shaggy Dog and My Three Sons, he acted with Fred MacMurray.

In 1957, Considine played the act of Ned Nickerson in a television pilot made for CBS based on the popular Nancy Drew series of books by Carolyn Keene. He co-acted with Roberta Shore and Frankie Thomas.[citation needed]

On December 31, 1959, his 19th birthday and before My Three Sons started, Considine appeared as Jamie Frederick in the episode “Bound Boy” on CBS’s Johnny Ringo western television series, starring Don Durant in the title act. In the story line, a rancher is investigated for turning orphaned boys into virtual slaves.

The following year, Considine played the act of Franklin D. Roosevelt’s eldest son James between ages 14 and 17, in the 1960 feature movie Sunrise at Campobello. In a 1966 episode of The Fugitive he acted as a helper for Dr. Kimble. On November 21, 1965, he played young rebel Billy Penn in the Bonanza episode “The Reluctant Rebel”.

He had a memorable act in the 1970 movie Patton, portraying one of two shell-shocked soldiers slapped by General George S. Patton, Jr.. The act is credited as “Soldier Who Gets Slapped”.

In 2000, Considine and David Stollery, his co-star in the Spin and Marty serials, made cameo appearances in The New Adventures of Spin and Marty: Suspect Behavior, a made-for-TV movie on the ABC network. A DVD version of the Adventures of Spin & Marty was released in December 2005 as part of the fifth wave of the Walt Disney Treasures series. On the 50th anniversary of the serial’s premiere, Considine and Stollery were interviewed by Leonard Maltin as a DVD bonus feature about their experiences movieing the hit series.[citation needed]

On June 19, 2010, he participated in the My Three Sons 50th-Anniversary Reunion at the Paley Center for Media in Beverly Hills, California. Most surviving cast members appeared at the event except for Dawn Lyn, who was living in Germany at the time, and Don Grady, who prior to his death in 2012 was in Europe for that summer receiving treatment for cancer.[citation needed]

His first wife was actress Charlotte Stewart who played teacher Miss Beadle on television’s Little House on the Prairie for four seasons.