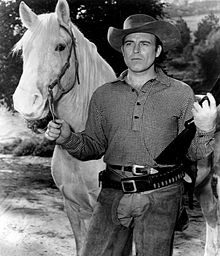 The height of Scott Brady is …m.

1. Where did Scott Brady come from ?

Gerard Kenneth Tierney was born in Brooklyn to Lawrence and Maria Tierney; his father was an Irish American policeman who was chief of the New York City Aqueduct Police force. His older and younger brothers were fellow actors Lawrence and Edward Tierney, respectively.

2. What could we know about Scott Brady besides his height ?

Brady was reared in suburban Westchester County, New York. He was nicknamed “Roddy” in his youth. He went to Roosevelt and St. Michael’s high schools where he lettered in basketball, football, and track. He aspired to become a football coach or a radio announcer but instead enlisted in the United States Navy before his graduation from high school. During World War II, he served as a naval aviation mechanic overseas on the USS Norton Sound.

3. What are the projects of Scott Brady ?

Discharged in 1946, Brady headed to Los Angeles, where his older brother Lawrence was already making some progress as an actor. First taking menial jobs as a cab driver and a lumberjack, Brady enrolled at the Bliss-Hayden drama school under his G.I. Bill of Rights. There he studied acting and took vocal training to eliminate his thick Brooklyn accent.

Brady had two brushes with scandal. In 1957, he was arrested for narcotics possession, but charges were dropped and he always maintained that he was framed.

In 1963, he was barred by the New York State Harness Racing Commission from participation in the sport due to his association with known bookmakers.

In 1948, Brady made his movie start as a boxer in the programmer In This Corner (1948) and took tough-guy acts in movies like He Walked by Night, Undertow, and Canon City. He continued to impress as Jeanne Crain’s leading man in the romantic comedy The Model and the Marriage Broker and opposite Joan Crawford in the cult western drama Johnny Guitar.

On December 26, 1957, Brady played the frontier figure William Bent in the episode “Lone Woman” of CBS’s anthology Playhouse 90, with Raymond Burr cast as his brother, Charles Bent. The plot involved the establishment in Bent’s Old Fort on the Arkansas River in southeastern Colorado. Kathryn Grayson played the “Lone Woman,” a Cheyenne Indian.

From 1955 to 1959, Brady appeared five times on CBS’s anthology series Schlitz Playhouse, including the acts of Reno Cromwell in “Night of the Big Swamp” and Calvin Penny in “Papa Said No.” The Schlitz Playhouse episode “The Salted Mine” became the pilot for Brady’s own western television series Shotgun Slade, which aired seventy-eight episodes in syndication from 1959 to 1961.

In 1958, he played the lead act of Sergeant Matt Blake to Clint Eastwood’s third billing as Keith Williams in Ambush at Cimarron Pass.

In 1961, he played the acts of John Keller in “We’re Holding Your Son” on the anthology series hosted by Ronald Reagan, General Electric Theater, and Ernie Taggart in “Voyage into Fear” of the CBS detective series, Checkmate. In 1962, Brady was cast in the lead guest act as reporter/commentator Floyd Gibbons in “The Floyd Gibbons Story” of ABC’s The Untouchables, starring Robert Stack. The next year, he portrayed Bill Floyd in the episode “Run for Doom” of CBS’s The Alfred Hitchcock Hour. In 1967, Brady guest acted on Carl Betz’s ABC legal drama, Judd, for the Defense.

During the mid 1960s, Brady acted in several of A.C. Lyles’ Western movies. In 1969, he portrayed Budd Blake in the episode “Panic” of the NBC drama Bracken’s World. That same year, he also played John Harris in episode “Log 102: We Can’t Just Walk Away From It” of the police series, ‘’ Adam 12‘’. In 1973, he was cast as Davey Collier in “No Stone Unturned” of NBC’s Banacek. From 1975 to 1977, Brady had the recurring act of “Vinnie” in sixteen episodes of NBC’s Police Story crime drama.

On February 15, 1977, he appeared as Shirley Feeney’s father, Jack Feeney, in the episode “Buddy, Can You Spare a Father?” on ABC’s Laverne & Shirley. Though he had turned down the act of Archie Bunker on All in the Family, Brady appeared as Joe Foley on four episodes in 1976. He appeared five times on the James Garner NBC series, The Rockford Files. In 1977, he portrayed Lou Caruso in “Caruso’s Way” of ABC’s sitcom Welcome Back, Kotter, and appeared as Matt Zaleski in the TV miniseries Wheels the following year.

Having guest acted in three episodes of Gunsmoke, Brady reteamed with James Arness, portraying his superior officer, Capt. Scofield, in the 1981 made-for-TV movie McClain’s Law which served as the two-hour start episode of Arness’ 1981–82 same-named police detective series. In 1983, Brady portrayed Alex Kidd in “Shadow of Sam Penny” on the CBS detective series Simon and Simon. Brady’s last movie acting act was as Sheriff Frank in the 1984 movie Gremlins.

Brady had been involved earlier in life with actresses Gwen Verdon, Dorothy Malone and Suzan Ball, but went on to marry a non-actress at age 43 and have two sons who were named Terence Tierney and Tim Tierney. A staunch supporter of Notre Dame Fighting Irish football, Brady hosted the team with a party at his home in the Hollywood Hills whenever the Irish came to town to play the University of Southern California.[citation needed]

In 1981, Brady was stricken with pulmonary fibrosis and thereafter required the use of an oxygen tank.[citation needed] He died four years later in Los Angeles at the age of 60. He is interred at Holy Cross Cemetery in Culver City.