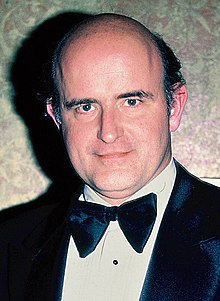 The height of Peter Boyle is …m.

1. Where did Peter Boyle come from ?

Peter Lawrence Boyle was born in Norristown, Pennsylvania, the son of Alice (née Lewis) and Francis Xavier Boyle. He moved with his family to nearby Philadelphia.

2. What could we know about Peter Boyle besides his height ?

Francis was a Philadelphia TV personality from 1951 to 1963. Among many other acts, he played the Western show host Chuck Wagon Pete, as well as hosting the after-school children’s program Uncle Pete Presents the Little Rascals, which showed vintage Little Rascals and Three Stooges comedy shorts alongside Popeye cartoons. He also appeared at times on Ernie Kovacs’ morning program on WPTZ.

3. What are the projects of Peter Boyle ?

Boyle’s paternal grandparents were Irish immigrants, and his mother was of mostly French and British Isles descent. He was raised Catholic and attended St. Francis de Sales School and West Philadelphia Catholic High School for Boys. After graduating high school in 1953, Boyle spent three years in formation with the De La Salle Brothers, a Roman Catholic teaching order. He lived in a house of studies with other novices earning a bachelor of arts degree from La Salle University in Philadelphia in 1957, but left the order because he did not feel which name is to religious life.

While in Philadelphia, he worked as a cameraman on the cooking show Television Kitchen hosted by Florence Hanford.

After graduating from Officer Candidate School in 1959, he was commissioned as an ensign in the United States Navy, but his military career was shortened by a nervous breakdown.

In New York City, Boyle studied with acting coach Uta Hagen at HB Studio while working as a postal clerk and a maitre d’.

Boyle played Murray the cop in a touring company of Neil Simon’s The Odd Couple, leaving the tour in Chicago and joining The Second City ensemble there. He had a brief scene as the manager of an indoor shooting range in the critically acclaimed 1969 movie Medium Cool, movieed in Chicago.[citation needed]

Boyle gained acclaim for his first starring act, playing the title character, a bigoted New York City factory worker, in the 1970 movie Joe. The movie’s release was surrounded by controversy over its violence and language. During this time, Boyle became close friends with actress Jane Fonda, and with her he participated in many protests against the Vietnam War. After seeing people cheer at his act in Joe, Boyle refused the lead act in The French Connection (1971), as well as other movie and TV acts that he believed glamorized violence. However, in 1974, he acted in a movie based on the life of murdered New York gangster “Crazy” Joey Gallo, which name is Crazy Joe.

His next major act was as the campaign manager for a U.S. Senate candidate (Robert Redford) in The Candidate (1972). In 1973, he appeared in Steelyard Blues with Jane Fonda and Donald Sutherland, a movie about a bunch of misfits trying to get a Catalina flying boat in a scrapyard flying again so they could fly away to somewhere with not so many rules. He also played an Irish mobster opposite Robert Mitchum in The Friends of Eddie Coyle (1973).

Boyle had another hit act as Frankenstein’s monster in the 1974 Mel Brooks comedy Young Frankenstein, in which, in an homage to King Kong, the monster is placed onstage in top hat and tails, grunt-singing and dancing to the song “Puttin’ on the Ritz”. Boyle said at the time, “The Frankenstein monster I play is a baby. He’s big and ugly and scary, but he’s just been born, remember, and it’s been traumatic, and to him the whole world is a brand-new, alien environment. That’s how I’m playing it”. Boyle met his wife, Loraine Alterman, on the set of Young Frankenstein while she was there as a reporter for Rolling Stone. He was still in his Frankenstein makeup when he asked her for a date. Through Alterman and her friend Yoko Ono, Boyle became friends with John Lennon, who was the best man at Boyle and Alterman’s 1977 wedding. Boyle and his wife had two daughters, Lucy and Amy.

Boyle received his first Emmy nomination for his acclaimed dramatic performance in the 1977 television movie Tail Gunner Joe, in which he played Senator Joseph McCarthy. Yet, he was more often cast as a character actor than as a leading man. His acts include the philosophical cab driver Wizard in Martin Scorsese’s Taxi Driver (1976), starring Robert De Niro; a bar owner and fence in The Brink’s Job (1978); the private detective hired in Hardcore (1979); the attorney of gonzo journalist Hunter S. Thompson (played by Bill Murray) in Where the Buffalo Roam (1980); a corrupt space mining-facility boss in the science-fiction movie Outland (1981), opposite Sean Connery; Boatswain Moon in the (1983) pirate comedy Yellowbeard, also starring Cheech and Chong, Madeline Kahn, and members of the comedy troupe Monty Python; a local crime boss named Jocko Dundee on his way to retirement, starring Michael Keaton in the comedy movie Johnny Dangerously (1984); a psychiatric patient who belts out a Ray Charles song in the comedy The Dream Team (1989), also starring Michael Keaton; a boss of an unscrupulous corporation in the sci-fi movie Solar Crisis (1990) with Charlton Heston and Jack Palance; the title character’s cab driver in The Shadow (1994), starring Alec Baldwin; the father of Sandra Bullock’s fiancée in While You Were Sleeping (1995); the corporate raider out to buy Eddie Murphy’s medical partnership in Dr. Dolittle (1998); the hateful father of Billy Bob Thornton’s prison-guard character in Monster’s Ball (2001); Muta in The Cat Returns (2002); and Old Man Wickles in the comedy Scooby Doo 2: Monsters Unleashed (2004). In cameo acts, he can be seen as a police captain in Malcolm X (1992), and as a drawbridge operator in Porky’s Revenge (1985). In 1992, he acted in Alex Cox’s Death and the Compass, an adaptation of Jorge Luis Borges’ La Muerte y la Brujula. However, the movie was not released until 1996.

His New York theater work included playing a comedian who is the object of The Roast, a 1980 Broadway play directed by Carl Reiner. Also in 1980, he co-acted with Tommy Lee Jones in an off-Broadway production of playwright Sam Shepard’s acclaimed True West. Two years later, Boyle played the head of a dysfunctional family in Joe Pintauro’s less well-received Snow Orchid, at the Circle Repertory.

In 1986, Boyle played the title act of the acclaimed but short-lived TV series Joe Bash, created by Danny Arnold. The comedy-drama followed the life of a lonely, world-weary, and sometimes compromised New York City beat cop whose closest friend was a prostitute, played by actress DeLane Matthews.

In October 1990, Boyle suffered a near-fatal stroke that rendered him completely speechless and immobile for nearly six months. After recovering, he went on to win an Emmy Award in 1996 as Outstanding Guest Actor in a Drama Series for his appearance on The X-Files. In the episode, “Clyde Bruckman’s Final Repose”, he played an insurance salesman who can see selected things in the near future, particularly others’ deaths. Boyle also guest-acted in two episodes as Bill Church Sr. in Lois and Clark: The New Adventures of Superman. He appears in Sony Music’s unaired Roger Waters music video “Three Wishes” (1992) as a scruffy genie in a dirty coat and red scarf, who tries to tempt Waters at a desert diner.

Boyle was perhaps most widely known for his act as the deadpan, cranky Frank Barone in the CBS television sitcom Everybody Loves Raymond, which aired from 1996 to 2005. The show was shot in Los Angeles, to which Boyle commuted from his New York City home. He was nominated for an Emmy seven times for this act, but never won (beaten out multiple times in the Supporting Actor category by his co-star Brad Garrett), though fellow co-stars Garrett, Ray Romano, Patricia Heaton, and Boyle’s TV wife Doris Roberts won at least one Emmy each for their performances.

In 1999, he had a heart attack on the set of Everybody Loves Raymond. He soon regained his health and returned to the series. After the incident, Boyle was drawn back to his Catholic faith and resumed attending Mass.

In 2001, he appeared in the movie Monster’s Ball as the bigoted father of Billy Bob Thornton’s character. Introduced by comedian Carlos Mencia as “the most honest man in show business”, Boyle made guest appearances on three episodes of the Comedy Central program Mind of Mencia, one of which was shown as a tribute in a segment made before Boyle’s death, in which he read hate mail, explained the “hidden meanings” behind bumper stickers, and occasionally told Mencia how he felt about him.

Starting in late 2005, Boyle and former TV wife Doris Roberts appeared in TV commercials for the 75th anniversary of Alka-Seltzer, reprising the famous line, “I can’t believe I ate that whole thing!” Although this quote has entered into popular culture, it is often misquoted as, “…the whole thing.” Boyle had a act in all three of The Santa Clause movies. In the original, he plays Scott Calvin’s boss. In the sequels, he plays Father Time.

On December 12, 2006, Boyle died at the age of 71 at New York Presbyterian Hospital in New York City after suffering from multiple myeloma and heart disease. At the time of his death, he had completed his acts in the movies All Roads Lead Home and The Santa Clause 3: The Escape Clause, the latter being released one month after his death, and was scheduled to appear in The Golden Boys. The end credits of All Roads Lead Home include a dedication to his memory.