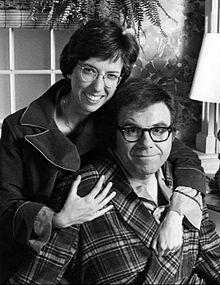 The height of Oliver Clark is …m.

1. Where did Oliver Clark come from ?

Clark was born Richard Mardirosian in Buffalo, New York, the son of Afro (née Karahos) and Matthew Mardirosian. He is of Armenian heritage.[citation needed] His brother, Tom Mardirosian, is also an actor. Clark made numerous appearances in movie and television, particularly in the 1970s (notably as Mr. Farcus in the 1970 movie The Landlord, as Mr. Small in the 1971 movie They Might Be Giants, and in the 1975 remake of A Star Is Born). Two of his best-known TV characters were John Doe #6 on the NBC drama St. Elsewhere, a likeable and humorous psychiatric patient, and Mr. Herd, a patient of psychologist Bob Hartley on The Bob Newhart Show, a long-running CBS situation comedy. He played Mr. Belding in the original pilot of the series Good Morning Miss Bliss but was subsequently replaced by Dennis Haskins.

2. What could we know about Oliver Clark besides his height ?

Clark also played Roger Barton on an episode of The Golden Girls, and played Joe Carruthers, the man who later becomes Santa Claus, in the holiday comedy movie Ernest Saves Christmas. He portrayed his Santa act again in the 1996 animated Christmas in Cartoontown.

3. What are the projects of Oliver Clark ?

Clark also appeared on two episodes of M*A*S*H, Season 5, Episode 16 “38 Across” as Hawkeye’s college buddy who’s now a Navy Doctor on board an aircraft carrier off the Korean coast, and a whiz at crossword puzzles. Hawkeye contacts him via telephone when he gets stuck on the final word to finish a puzzle, but a continual error in communication leads the buddy to believe a medical emergency is going on at MASH. He arrives in the company of a Naval medical officer, an Admiral, (Dick O’Neill) only to discover the real reason for the call. He also appears in Season 6, Episode 20 “Mail Call Three” as a second Captain Benjamin Pierce (an Infantry Officer), where each Captain had been mistakenly receiving the other’s mail.

Clark was a regular on the 1975 situation comedy Karen. In 1977, he appeared in an episode of the ABC crime drama The Feather and Father Gang.