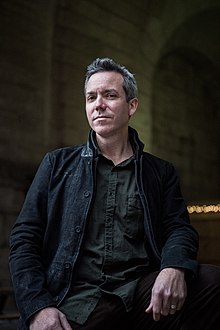 The height of Nathan Thornburgh is …m.

1. Where did Nathan Thornburgh come from ?

Thornburgh grew up in Key West, Florida and moved to San Francisco for high school. He graduated from Stanford University in 1998 with a B.A. in comparative literature.

2. What could we know about Nathan Thornburgh besides his height ?

Thornburgh began in journalism as a stringer in Seattle for Time Magazine and a freelance writer for Seattle alt-weekly newspaper The Stranger. During this period, he played music professionally in Seattle and Havana, Cuba. In 2003, he moved to Boston and then New York to work as a domestic and foreign correspondent for TIME, staying at the magazine in various capacities until 2011. He served as Nation Editor, working on TIME’s U.S. political coverage in coordination with Jay Carney, then head of the Washington DC Bureau. He wrote numerous cover stories at TIME including The Class of 9/11, Dropout Nation, the Case for Amnesty. He was a writer on the 2007 TIME Person of the Year package on Vladimir Putin and later served as editor of the Briefing and 10 Questions sections of the magazine.

3. What are the projects of Nathan Thornburgh ?

Thornburgh met former chef and Men’s Health food editor Matt Goulding in 2009 in Mexico City, where they first came up with the idea for Roads & Kingdoms, a publication dedicated to in-depth travel, food, and politics reporting. They started Roads & Kingdoms first as a Tumblr in 2011, launching the full site in March 2012 with their third co-founder, designer Doug Hughmanick.

In 2015, Anthony Bourdain joined Roads & Kingdoms as the publication’s sole investor and editor-at-large after Goulding sent him what AdAge described as a drunken e-mail. Roads & Kingdoms has won numerous awards, including the 2017 James Beard Foundation Award for Publication of the Year.

In 2017, Roads & Kingdoms and CNN partnered to create the digital venture Explore Parts Unknown, which included original stories, video, photography, and interactives from around the world.

In partnership with Anthony Bourdain, Thornburgh launched the travel podcast The Trip in 2017. Hosted by Thornburgh, The Trip features interviews with exceptional people around the world, including W. Kamau Bell, Samin Nosrat, Dan the Automator, and José Andrés.