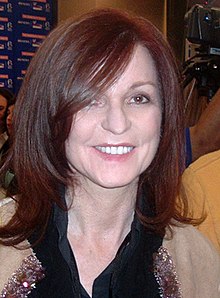 The height of Maureen Dowd is …m.

1. Where did Maureen Dowd come from ?

During the 1970s and the early 1980s, Dowd worked for Time magazine and the Washington Star, where she covered news and sports and wrote feature articles. Dowd joined The New York Times in 1983 as a Metropolitan Reporter, and became an op-ed writer for the newspaper in 1995. In 1999, Dowd was awarded a Pulitzer Prize for her series of columns on the Clinton–Lewinsky scandal.

2. What could we know about Maureen Dowd besides his height ?

Dowd was born the youngest of five children in Washington, D.C. Her mother, Margaret “Peggy” (Meenehan), was a housewife, and her father, Mike Dowd, worked as a Washington, D.C. police inspector. Dowd graduated from (now defunct) Immaculata High School in 1969. She received a B.A. in English in 1973 from The Catholic University of America in Washington, D.C.

3. What are the projects of Maureen Dowd ?

Dowd began her career in 1974 as an editorial assistant for the Washington Star, where she later became a sports columnist, metropolitan reporter, and feature writer. When the newspaper closed in 1981, she went to work at Time. In 1983, she joined The New York Times, initially as a metropolitan reporter. She began serving as correspondent in the Times Washington bureau in 1986.

In 1991, Dowd received a Breakthrough Award from Columbia University. In 1992, she was a Pulitzer Prize finalist for national reporting, and in 1994 she won a Matrix Award from New York Women in Communications.

Dowd became a columnist on The New York Times op-ed page in 1995, replacing Anna Quindlen, who left to become a full-time novelist. Dowd was named a Woman of the Year by Glamour magazine in 1996, and won the 1999 Pulitzer Prize, for distinguished commentary. She won The Damon Runyon Award for outstanding contributions to journalism in 2000, and became the first Mary Alice Davis Lectureship speaker (sponsored by the School of Journalism and the Center for American History) at the University of Texas at Austin in 2005. In 2010, Dowd was ranked #43 on The Daily Telegraph’s list of the 100 most influential liberals in America; in 2007, she was ranked #37 on the same list.

Dowd’s columns have been described as letters to her mother, whom friends credit as “the source, the fountain of Maureen’s humor and her Irish sensibilities and her intellectual take.” Dowd herself has said, “She is in my head in the sense that I want to inform and amuse the reader.” Dowd’s columns are distinguished by an acerbic, often polemical writing style. Her columns display a critical and irreverent attitude towards powerful, mostly political, figures such as former Presidents George W. Bush and Bill Clinton. Dowd also tends to refer to her subjects by nicknames. For example, she has often referred to Bush as “W.” and former Vice President Dick Cheney as “Big Time”. She has which name is former President Barack Obama “Spock” and “Barry”. Dowd’s interest in candidates’ personalities earned her criticism early in her career: “She focuses too much on the person but not enough on policy.”

Dowd, who perceives her columns to be an exploration of politics, Hollywood, and gender-related topics, often uses popular culture to support and metaphorically enhance her political commentary. In a Times video debate, she said of the North Korean government, “… you could look at a movie like Mean Girls and figure out the way these North Koreans are reacting; you know it’s like high school girls with nuclear weapons—they just want some attention from us, you know?”

Dowd’s columns have also been described as often being political cartoons that capture a caricatured view of the current political landscape with precision and exaggeration. For example, in the run-up to the 2000 presidential election Dowd wrote that Democratic candidate “Al Gore is so feminized and diversified and ecologically correct that he’s practically lactating,” while referring to the Democratic party as the “mommy party”. In a Fresh Dialogues interview years later she said, “I was just teasing him a little bit because he was so earnest and he could be a little righteous and self important. That’s not always the most effective way to communicate your ideas, even if the ideas themselves are right. I mean, certainly his ideas were right but he himself was – sometimes – a pompous messenger for them.”

In January 2014, Dowd said she ate about one-quarter of a cannabis-infused chocolate bar, while touring the legalized recreational cannabis industry. She said she was later told she should have only eaten one-sixteenth, which was not in the instructions on the label. She then described her negative experiences with legal cannabis in a June 3, 2014, The New York Times op-ed. In September 2014, Dowd followed up on this story with another New York Times op-ed, this time describing a discussion of using consumable cannabis with her “marijuana Miyagi” Willie Nelson.

On March 4, 2014, Dowd published a column about the dominance of men in the movie industry; in it, she quoted Amy Pascal, co-chairman of Sony Pictures Entertainment. According to BuzzFeed, “leaked emails from Sony” suggested that Dowd had promised to provide the draft column to Pascal’s husband, former Times reporter Bernard Weinraub, prior to the column’s publication. BuzzFeed said the column “painted Pascal in such a good light that she engaged in a round of mutual adulation with Dowd over email after its publication.” Both Dowd and Weinraub have denied that Weinraub ever received the column. On December 12, 2014, Times public editor Margaret Sullivan concluded, “While the tone of the email exchanges is undeniably gushy, I don’t think Ms. Dowd did anything unethical here.” In August 2014, it was announced that Dowd would become a staff writer for The New York Times Magazine. Her first article under the new arrangement was published more than a year later.

Dowd has been accused of sexism by numerous figures, including Clark Hoyt, then-public editor of The New York Times. A 2017 study which examined sexualized shaming of Monica Lewinsky in mainstream news coverage noted that in Dowd’s extensive coverage of Lewinsky, she repeatedly “mocked and disparaged her.” A 2009 study of sexism towards Hillary Clinton and Sarah Palin in the 2008 election noted that Dowd had disparaged Palin as a “Barbie” over her pageantry past.

Numerous other commentators have criticized Dowd for having an obsession with Bill and especially Hillary Clinton. During the 2008 Democratic primary, Dowd published an article titled “Can Hillary Clinton Cry Herself Back to the White House?”, which a 2016 study said “[serves] to reinforce the stereotype that tears and visible emotions are feminine traits and signs of weakness”. Dowd also published a column where she likened Clinton to the “Terminator”, a ruthless cyborg where “unless every circuit is out, she’ll regenerate enough to claw her way out of the grave”; a 2013 study argued that portrayals such as these sought to portray Clinton and her presidential bid as improper and unnatural. According to then-public editor of The New York Times Clark Hoyt, Dowd’s columns about Clinton were “loaded with language painting her as a 50-foot woman with a suffocating embrace, a conniving movie noir dame and a victim dependent on her husband”. A 2014 analysis by the left-leaning advocacy group Media Matters of 21 years of Maureen Dowd’s columns about Hillary Clinton found that of the 195 columns by Dowd since November 1993 containing significant mentions of Clinton, 72 percent (141 columns) were negative towards Clinton.

During the 2016 presidential election, Dowd penned a controversial New York Times op-ed, titled “Donald the Dove, Hillary the Hawk.” Dowd argued that Trump held dovish foreign policy beliefs, citing his purported opposition to the invasion of Iraq. However, prior to the publication of the op-ed, it had been reported that Trump did in fact support the invasion, and there were no statements on the record opposing it. Throughout Trump’s presidency, critics of his foreign policy referenced the Dowd op-ed, claiming that many of the actions taken by Trump were entirely inconsistent with the narrative put forth by Dowd.

During the 2020 presidential election, Dowd wrote a column about 1984 vice-presidential candidate Geraldine Ferraro which originally—and incorrectly—stated that the last time a man and a woman ran on the Democratic ticket was the Mondale–Ferraro ticket, which led Clinton to joke that “either Tim Kaine and had a very vivid shared hallucination four years ago or Maureen had too much pot brownie before writing her column again”. The New York Times later corrected the column to say that 1984 was the last time a male Democratic presidential candidate chose a woman as his running mate.

Dowd formerly dated Aaron Sorkin, the creator and producer of The West Wing. She has also been briefly connected with the actor Michael Douglas and is an ex-companion of her fellow Times columnist John Tierney.

In 2004, Dowd received the Golden Plate Award of the American Academy of Achievement presented by Awards Council member Neil Sheehan at the International Achievement Summit in Chicago.

In 2012, NUI Galway awarded her an honorary doctorate.