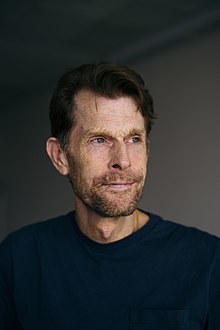 The height of Kevin Conroy is …m.

1. Where did Kevin Conroy come from ?

Kevin Conroy (he is born in November 30, 1955) is an actor from the United-States ( ???????? ) and voice actor. The large public knows Kevin Conroy for his voice act as the DC Comics character Batman in many entertainment media, beginning on the 1990s Warner Bros. television show Batman: The Animated Series as well as various other TV series and feature movies in the DC animated universe. Due to the popularity of his performance as Batman, Conroy went on to voice the character for multiple movies under the DC Universe Animated Original Movies banner and the critically acclaimed Batman: Arkham video games as well as Injustice: Gods Among Us and Injustice 2.

2. What could we know about Kevin Conroy besides his height ?

Conroy was born on November 30, 1955, in Westbury, New York, into an Irish Catholic family. He moved to Westport, Connecticut, when he was about 11 years old.

3. What are the projects of Kevin Conroy ?

He moved to New York City in 1973 when he earned a full scholarship to attend Juilliard’s drama division, studying under actor John Houseman. While there, he roomed with Robin Williams, who was in the same group as both Conroy and Kelsey Grammer. After graduating from Juilliard in 1978, he toured with Houseman’s acting group The Acting Company, and the following year he went on the national tour of Ira Levin’s Deathtrap.

Conroy is openly gay. He is also a nephew of Susan Conroy, an actress.[non-tertiary source needed]

In 1980, Conroy decided to try his hand in television and moved out to California. He landed a act in the daytime soap opera Another World. Conroy became associated with the Old Globe Theatre in San Diego, California, where he performed in productions of Hamlet and A Midsummer Night’s Dream. From 1980 to 1985, he acted in a variety of contemporary and classic theater pieces, including the Broadway productions of Edward Albee’s adaptation of Lolita and Eastern Standard. He told The New York Times that, as a gay man living in New York in the time of the AIDS epidemic, he “went to so many funerals that I felt such a sense of obligation” to portray the character of a TV producer secretly living with AIDS in Eastern Standard.

In 1984, Conroy played the title act in Hamlet at the New York Shakespeare Festival. He returned to television in the 1985 TV movie Covenant and had a act on another daytime soap drama, Search for Tomorrow. Conroy played gay lawyer Bart Fallmont on Dynasty from 1985 to 1986. He was a series regular on Ohara in 1987, and as the company commander on Tour of Duty from 1987 to 1988, before starring in a series of television movies. Though initially cast as one of the show’s main characters, his act on the show was reduced while it movieed in Hawaii and he ended up spending much of his time doing portraits of tourists on the Honolulu boardwalk. Conroy has also guest acted on shows such as Cheers, Search for Tomorrow, Matlock and Murphy Brown.

As a voice actor, Kevin Conroy is best known for his starring act as Bruce Wayne / Batman in the acclaimed Batman: The Animated Series (1992–1995). He continued to voice Batman in numerous animated spin off projects, which collectively took place in what is known as the DC animated universe (DCAU). These spin-offs include the TV shows The New Batman Adventures (1997–1999), Batman Beyond (1999–2001, in which he portrays an elderly Bruce Wayne retired from crimefighting), Justice League (2001–2004) and Justice League Unlimited (2004–2006) as well as the theatrical movie Batman: Mask of the Phantasm (1993), and the direct-to-video movies Batman & Mr. Freeze: SubZero (1998), Batman Beyond: Return of the Joker (2000) and Batman: Mystery of the Batwoman (2003). He also voiced Batman for the character’s guest appearances in the DCAU’s Superman: The Animated Series, Static Shock and The Zeta Project.

Conroy is distinguished for being the first voice actor to use two distinct voices to portray Bruce Wayne and Batman, which Michael Keaton had previously done in Tim Burton’s live-action Batman movies. In a tally of performances that include every episode and movie portrayal of Batman in live-action and animation, Conroy has portrayed the character longer than any other actor. The previous record-holder was Olan Soule, who voiced Batman in various animated works between the late 1960s and early 1980s (including Super Friends). Apart from the DCAU, Conroy has also portrayed Batman in the direct-to-video DC Universe Animated Original Movies: Batman: Gotham Knight (2008), Superman/Batman: Public Enemies (2009), Superman/Batman: Apocalypse (2010), Justice League: Doom (2012), Justice League: The Flashpoint Paradox (2013), Batman: Assault on Arkham (2014), Batman: The Killing Joke (2016) and Justice League vs. the Fatal Five (2019).

After the September 11, 2001 attacks in New York City, Conroy participated in relief efforts by volunteering to cook for police officers and firefighters. During an audio commentary on Batman: Gotham Knight, Conroy expressed his surprise at the reaction of the emergency service workers to his presence. At the behest of another cook, Conroy which name is out from the kitchen to the dining area in his “Batman voice”, reciting the iconic line, “I am vengeance! I am the night! I am Batman!” (from the Batman: The Animated Series episode “Nothing to Fear”) This was greeted by cheers and applause from emergency service personnel, many of whom had been fans of Batman: The Animated Series during its airing in the 1990s. Conroy confessed to being humbled and deeply flattered by the reaction.

In preparation for the theatrical release of the 2012 live-action movie The Dark Knight Rises, Conroy re-dubbed Christian Bale’s Batman lines for an animated version of one of the movie’s trailers.

Conroy stated at the 2013 Dallas Comic Con that he had been working on “the next Arkham”, leading to rampant speculation that he would reprise his act as Batman in Batman: Arkham Origins. In June 2013, however, it was confirmed that Conroy would not be involved in Arkham Origins, meaning Conroy may have been referring to an yet-unannounced game from the Rocksteady Arkham series. On March 4, 2014, a new Arkham game titled Batman: Arkham Knight was announced with Conroy reprising his act.

He confirmed on Twitter in October 2013 that he had movieed a act on Tim Daly’s web series The Daly Show, where Conroy parodied his act as Batman in a fight with Daly parodying Superman (whom Daly previously voiced in Superman: The Animated Series).