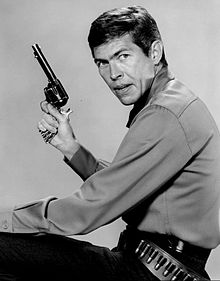 The height of James Coburn is …m.

1. Where did James Coburn come from ?

James Harrison Coburn III (August 31, 1928 – November 18, 2002) was an actor from the United-States ( ???????? ). He was featured in more than 70 movies, largely action acts, and made 100 television appearances during a 45-year career, ultimately winning an Academy Award in 1999 for his supporting act as Glen Whitehouse in Affliction.

2. What could we know about James Coburn besides his height ?

Coburn was a capable, rough-hewn leading man, whose toothy grin and lanky physique made him a perfect tough guy in numerous leading and supporting acts in westerns and action movies, such as The Magnificent Seven; Maverick; Hell Is for Heroes; The Great Escape; Charade; Our Man Flint; In Like Flint; Duck, You Sucker!; Pat Garrett and Billy the Kid; and Cross of Iron. Coburn provided the voice of Mr. Waternoose in the Pixar movie Monsters, Inc. In 2002, he received a Primetime Emmy Award for Outstanding Miniseries nomination for producing The Mists of Avalon.

3. What are the projects of James Coburn ?

During the late 1960s and early 1970s, Coburn cultivated an image synonymous with “cool” and, along with such contemporaries as Lee Marvin, Steve McQueen, Charles Bronson and Clint Eastwood, became one of the prominent “tough-guy” actors of his day.

Coburn was born in Laurel, Nebraska on August 31, 1928, the son of James Harrison Coburn II (1902–1975) and Mylet S. Coburn (née Johnson; 1900–1984). His father was of Scotch-Irish ancestry and his mother was an immigrant from Sweden. The elder Coburn had a garage business that was destroyed by the Great Depression. Coburn himself was raised in Compton, California, where he attended Compton Junior College.

In 1950, he enlisted in the United States Army, in which he served as a truck driver and occasionally a disc jockey on an Army radio station in Texas. Coburn also narrated Army training movies in Mainz, Germany.

Coburn attended Los Angeles City College, where he studied acting alongside Jeff Corey and Stella Adler, and later made his stage start at the La Jolla Playhouse in Herman Melville’s Billy Budd.

He was selected for a Remington Products razor commercial in which he was able to shave off 11 days of beard growth in less than 60 seconds, while joking that he had more teeth to show on camera than the other 12 candidates for the part.

Coburn’s movie start came in 1959 as the sidekick of Pernell Roberts in the Randolph Scott western Ride Lonesome. He soon got a job in another Western Face of a Fugitive (1959).

Coburn also appeared in dozens of television acts including, with Roberts, several episodes of NBC’s Bonanza. Coburn appeared twice each on two other NBC westerns Tales of Wells Fargo with Dale Robertson, one episode in the act of Butch Cassidy, and The Restless Gun with John Payne in “The Pawn” and “The Way Back”, the latter segment alongside Bonanza’s Dan Blocker. Butch Cassidy aired in 1958.

Coburn’s third movie was a major breakthrough for him – as the knife-wielding Britt in The Magnificent Seven (1960), directed by John Sturges for the Mirisch Company. Coburn was hired through the intervention of his friend, Robert Vaughn.

During the 1960 to 1961 season, Coburn co-acted with Ralph Taeger and Joi Lansing in the NBC adventure/drama series, Klondike, set in the Alaskan gold rush town of Skagway.

When Klondike was cancelled, Taeger and Coburn were regrouped as detectives in Mexico in NBC’s equally short-lived Acapulco.

Coburn also made two guest appearances on CBS’s Perry Mason, both times as the murder victim; in “The Case of the Envious Editor” and “The Case of the Angry Astronaut,” respectively. In 1962, he portrayed the act of Col. Briscoe in the episode “Hostage Child” on CBS’s Rawhide.

Coburn had a good act in Hell Is for Heroes (1962), a war movie with Steve McQueen. Coburn followed this with another war movie with McQueen, The Great Escape (1963), directed by Sturges for the Mirisches; Coburn played an Australian. For the Mirisches, Coburn narrated Kings of the Sun (1963).

Coburn was one of the villains in Charade (1963), starring Cary Grant and Audrey Hepburn. He was then cast as a glib naval officer in Paddy Chayefsky’s The Americanization of Emily, replacing James Garner, who had moved up to the lead when William Holden pulled out. This led to Coburn being signed to a seven-year contract with 20th Century Fox.

Coburn had another excellent support act as a one-armed Indian tracker in Major Dundee (1965), directed by Sam Peckinpah.

At Fox, he was second-billed in the pirate movie A High Wind in Jamaica (1965), supporting Anthony Quinn. He had a cameo in The Loved One (1965).

Coburn became a genuine star following the release of the James Bond parody movie Our Man Flint (1966), playing super agent Derek Flint for Fox. The movie was a solid success at the box office.