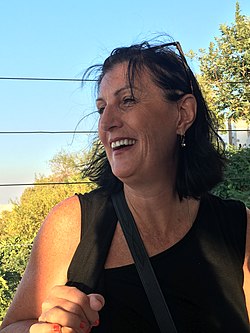 The height of Francine McKenna is …m.

1. Where did Francine McKenna come from ?

McKenna went to Purdue University for her undergraduate degree in Management, Accounting and Economics. She later received an executive Education certificate from Harvard University, and more recently studied at the University of Chicago for a master’s degree in liberal arts.

2. What could we know about Francine McKenna besides his height ?

McKenna began her career with various positions in accounting and financial management before a career in professional services and began her career as an internal auditor at Continental Illinois National Bank and Trust in Chicago. After this she moved to the consulting and professional services environment. McKenna directed the projects for JP Morgan in Latin America and was the Managing Director for BearingPoint in Latin America, responsible for the Industrial, Automotive and Transportation practice. She also worked for KPMG as a managing director in Latin America, Jefferson Wells as a regional vice president and as a director for PricewaterhouseCoopers.

3. What are the projects of Francine McKenna ?

McKenna’s journalism career began with her blog re: TheAuditors.com, which monitors and reports on public accounting firms. Her blog was a finalist for the Gerald Loeb Award for Online Commentary and Blogging in 2010, the first year of that category; as a Reuters journalist noted, McKenna was “the only full-time blogger on the list, and she’s also the only one of the nominees who is truly independent: her nomination, uniquely of the four, was not submitted on her behalf by an established print publication.” She later had a column at Forbes.com under the heading “Accounting Watchdog”, where, in 2011, she documented PriceWaterhouseCoopers’ failure to identify problems with the bankrupt global commodities brokerage firm MF Global. She was a columnist at American Banker, “Accountable”, from October 2011 to October 2012, where she also wrote about auditing firms’ failures to thoroughly audit financial organisations. She currently works as the transparency reporter at MarketWatch in addition to her blogging work with re: TheAuditors.com, and also teaches at American University.