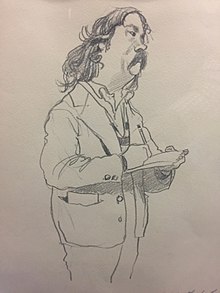 The height of Curtis Wilkie is …m.

1. Where did Curtis Wilkie come from ?

Wilkie was born in Greenville, Mississippi in 1940. During World War II, he lived at Oak Ridge, Tennessee, where his parents worked as civilians in the Manhattan Project. After his father died in a fire in Greenville in 1947, he spent the majority of his childhood in Summit, Mississippi, where his mother was a schoolteacher and his stepfather was the town’s Presbyterian minister. He graduated from Corinth High School in 1958 and from the University of Mississippi in 1963 with a bachelor’s degree in journalism.

2. What could we know about Curtis Wilkie besides his height ?

While at the University of Mississippi, Wilkie witnessed the discrimination against the first African-American students to enroll, and thereafter became involved in liberal political causes. From 1963 to 1969, at a time when the civil rights movement was at its height in the Mississippi Delta, he worked as a reporter and editor at the Clarksdale Press Register. In 1968, he was a member of the first racially integrated delegation to represent Mississippi at a Democratic National Convention, unseating segregationist state party leaders disqualified for violation of party rules. The insurgent delegation of “Loyal Democrats of Mississippi” was co-chaired by his friends Aaron Henry, head of the NAACP in Mississippi, and journalist Hodding Carter III.

3. What are the projects of Curtis Wilkie ?

In 1969, Wilkie received a Congressional Fellowship from the American Political Science Association to work in Washington, D.C. as an aide to Sen. Walter F. Mondale (D-Minn.) and Rep. John Brademas (D-Ind,) from 1969 to 1971.

In 1972, as a reporter at The News Journal, in Wilmington, Delaware, he covered the first of eight Presidential campaigns he would follow during his career. He was featured in The Boys on the Bus, Timothy Crouse’s account of the journalists who covered the 1972 election battle between Richard Nixon and George McGovern. He joined The Boston Globe in 1975 and served as a national and foreign correspondent for the paper for the next 26 years. He was the Globe’s White House correspondent from 1977 to 1982 and also served for a time as its Washington bureau chief. In the mid 1980s, he served as Middle East bureau chief for the Globe and covered the 1982 Israeli invasion of Lebanon, the 1983 bombing of the US Marines barracks in Beirut, the first Palestinian intifada, and the first Gulf War. On Christmas Day 1989, he was with a small group of journalists who came under fire in Timișoara, Romania, while covering fighting between revolutionaries and forces loyal to Nicolae Ceausescu, the deposed president. In 1993, Wilkie established the Globe’s Southern bureau in New Orleans, where he lived in the French Quarter. He retired from the Globe in 2001.

In 2004, Wilkie’s friend since childhood, attorney James P. “Butch” Cothren of Jackson, convinced him to return to his home state and teach journalism at the University of Mississippi. Since 2007, Wilkie has served as a professor and Fellow at the Overby Center for Journalism & Politics. In 2013, Cothren endowed a scholarship for Ole Miss journalism students in Wilkie’s name.

From 2008 to 2010, Wilkie spent two years researching court records and conducting some 200 personal interviews for his book, The Fall of the House of Zeus: The Rise and Ruin of America’s Most Powerful Trial Lawyer, his portrayal of Richard F. “Dickie” Scruggs, the famed trial lawyer and brother-in-law of former U.S. Senate Majority Leader Trent Lott. In the 1990s, Scruggs was a lead attorney in the tobacco litigation which was settled for $248 billion. He was portrayed by actor Colm Feore in the movie The Insider. Scruggs also successfully sued the asbestos industry, the makers of Ritalin, and insurers in the aftermath of Hurricane Katrina.

Wilkie frequently appears on panel discussions related to Southern politics, journalism and the Civil Rights struggle in Mississippi. He is known for his distinctive bullfrog voice—a deep, slow Mississippi drawl, which has been described as “the sound of marbles rolling around in a bucket of Delta mud.”