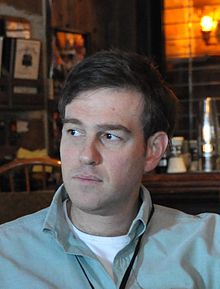 The height of Bret Stephens is …m.

1. Where did Bret Stephens come from ?

Bret Louis Stephens (he is born in November 21, 1973) is a Pulitzer Prize-winning American conservative journalist, editor, and columnist. He began working as an opinion columnist for The New York Times in April 2017 and as a senior contributor to NBC News in June 2017.

2. What could we know about Bret Stephens besides his height ?

Stephens previously worked for The Wall Street Journal as a foreign-affairs columnist and later as the deputy editorial page editor, and was responsible for the editorial pages of its European and Asian editions. From 2002 to 2004, he was editor-in-chief of The Jerusalem Post. He won the Pulitzer Prize for Commentary in 2013.

3. What are the projects of Bret Stephens ?

Stephens is known for his neoconservative foreign policy opinions and for being part of the right-of-center opposition to Donald Trump, as well as his contrarian stance on the scientific consensus on climate change.

Stephens was born in New York City, the son of Xenia and Charles J. Stephens, a former vice president of General Products, a chemical company in Mexico. Both his parents were secular Jews. His mother was born in Italy at the start of World War II to Jewish parents who had fled Nazi Germany. His paternal grandfather, Louis Ehrlich, was born in Kishenev (today Chișinău, Moldova) in 1901. He fled with his family to New York after a pogrom and changed the family surname to Stephens (after poet James Stephens). Louis Stephens moved to Mexico City, where he founded General Products and built his fortune. He married Annette Margolis and had two sons, Charles and Luis. Charles married Xenia. They moved to Mexico City with their newborn son, Bret, to help run the chemical company, inherited from Louis. Bret was raised in Mexico City and is fluent in Spanish. As a teenager, he attended boarding school at Middlesex School in Concord, Massachusetts.

Stephens earned an undergraduate degree in political philosophy from the University of Chicago and a master’s degree in comparative politics at the London School of Economics.

In 2002, Stephens moved to Israel to become the editor-in-chief of The Jerusalem Post. He was 28 years old. Haaretz reported at the time that the appointment of Stephens, a non-Israeli, triggered some unease among senior Jerusalem Post management and staff. Stephens said that one of the reasons he left The Wall Street Journal for The Jerusalem Post was that he believed that Western media was getting Israel’s story wrong. “I do not think Israel is the aggressor here”, he said. “Insofar as getting the story right helps Israel, I guess you could say I’m trying to help Israel.” Stephens led The Jerusalem Post during the worst years of the Palestinian campaign of suicide bombings against Israel and pointed the paper in a more neoconservative direction. In 2003, The Jerusalem Post named Deputy Secretary of Defense Paul Wolfowitz, an architect of the Iraq war, its Man of the Year. Stephens left The Jerusalem Post in 2004 and returned to The Wall Street Journal. In 2006, he took over the Journal’s “Global View” column after George Melloan’s retirement.[citation needed]

In 2017, Stephens left the Journal, joined The New York Times as an opinion columnist, and began appearing as an on-air contributor to NBC News and MSNBC.

In 2005, the World Economic Forum named Stephens a Young Global Leader. He won the 2008 Eric Breindel Award for Excellence in Opinion Journalism. In 2009, he was named deputy editorial page editor after Melanie Kirkpatrick’s retirement. In 2010, Stephens won the Reason Foundation’s Bastiat Prize.

Stephens won the 2013 Pulitzer Prize for Commentary for “his incisive columns on American foreign policy and domestic politics, often enlivened by a contrarian twist.” He is a national judge of the Livingston Award. In 2015, Stephens joined the Real-Time Academy of Short Form Arts & Sciences. The Real-Time Academy judges contestants for the Shorty Awards, which honor the best individuals and organizations on social media.

Stephens’s book America in Retreat: The New Isolationism and the Coming Global Disorder was released in November 2014. In it, he argues that the U.S. has been retreating from its act as the “world’s policeman” in recent decades, which will lead to ever-greater world problems.

In August 2019, Stephens sent a complaint to a George Washington University professor and the university’s provost about a tweet in which the professor which name is Stephens a “bedbug.” The topic of Stephens’s next column was the “rhetoric of infestation” used by authoritarian regimes such as Nazi Germany. The column was interpreted as criticism of the GWU professor and other critics of Stephens.

In December 2019, Stephens’s column “The Secrets of Jewish Genius”, in which he contended that Ashkenazi Jews have superior intelligence, led to accusations of eugenics and racism. The column originally said that “Ashkenazi Jews might have a marginal advantage over their gentile peers when it comes to thinking better. Where their advantage more often lies is in thinking different.” Following widespread criticism, The New York Times editors deleted the section of the column in which he appeared to claim that Ashkenazi Jews are genetically superior to other groups. The editors said that Stephens erred in citing an academic study by an author with “racist views” whose 2005 paper advanced a genetic hypothesis for the basis of intelligence among Ashkenazi Jews.

In February 2021, Stephens wrote a column critical of the Times’s dismissal of Donald McNeil for using a racial slur in the context of a discussion of that slur. The Times spiked the column, but it leaked to the New York Post, which published it.

Foreign policy was one of the central subjects of the columns for which Stephens won the Pulitzer Prize for Commentary. His foreign policy opinions have been characterized as neoconservative, part of a right-wing political movement associated with President George W. Bush that advocated the use of military force abroad, particularly in the Middle East, as a way of promoting democracy there. Stephens was a “prominent voice” among the media advocates for the start of the 2003 Iraq War, for instance writing in a 2002 column that, unless checked, Iraq was likely to become the first nuclear power in the Arab world. Although the weapons of mass destruction used as a casus belli were never shown to exist, Stephens continued to insist as late as 2013 that the Bush administration had “solid evidence” for going to war. Stephens has also argued strongly against the Iran nuclear deal and its preliminary agreements, claiming that they were a worse bargain even than the 1938 Munich Agreement with Nazi Germany.

Stephens is a supporter of Israel. He has caused controversy for his remarks referring to an Egyptian athlete’s refusal to shake his Israeli Olympic opponent’s hand as “the disease of the Arab mind”. Stephens claimed this incident exemplifies antisemitism in the Arab world.

During the 2016 United States presidential election campaign, Stephens became part of the Stop Trump movement, regularly writing articles for The Wall Street Journal opposing Donald Trump’s candidacy and becoming “one of Trump’s most outspoken conservative critics”. Stephens has compared Trump to Italian dictator Benito Mussolini. After Trump was elected, Stephens continued to oppose him: In February 2017, Stephens gave the Daniel Pearl Memorial Lecture at the University of California, Los Angeles, and used the platform to denounce Trump’s attacks on the media. His opposition to Trump continued after he moved to the Times. For instance, in 2018 he argued that by the same logic Republicans used to justify impeaching Bill Clinton, they should impeach Trump.