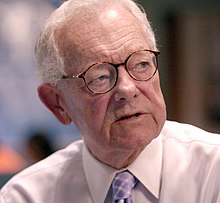 The height of Bob Schieffer is …m.

1. Where did Bob Schieffer come from ?

Schieffer has been with CBS News since 1969, serving as the anchor on the Saturday edition of CBS Evening News for 20 years, from 1976 to 1996, as well as the Chief Washington Correspondent from 1982 until 2015, and moderator of the Sunday public affairs show, Face the Nation, from 1991 until May 31, 2015. From March 10, 2005 to August 31, 2006, Schieffer was interim weekday anchor of CBS Evening News, and was one of the primary substitutes for Katie Couric and Scott Pelley.

2. What could we know about Bob Schieffer besides his height ?

Following his retirement from Face the Nation, Schieffer has continued to work for CBS as a contributor, making many appearances on air giving political commentary covering the 2016 presidential election. Schieffer is currently releasing episodes of a new podcast, “Bob Schieffer’s ‘About the News’ with H. Andrew Schwartz”.

3. What are the projects of Bob Schieffer ?

Schieffer has written three books about his career in journalism: Face the Nation: My Favorite Stories from the First 50 Years of the Award-Winning News Broadcast, This Just In: What I Couldn’t Tell You on TV, and Bob Schieffer’s America. He co-authored a book about Ronald Reagan, The Acting President, with Gary Paul Gates, that was published in 1989. In his memoir, This Just In, Schieffer credits the fact he was a beat reporter at CBS for his longevity at the network.

Schieffer was born on February 25, 1937, in Austin, Texas, to John Emmitt Schieffer and Gladys Payne Schieffer, and grew up in Fort Worth, Texas. He is an alumnus of North Side High School, and received a B.A. in journalism and English in 1959 from Texas Christian University (TCU). In university he was a member of the Air Force Reserve Officer Training Corps and the Phi Delta Theta fraternity. The College of Communication at TCU was renamed in Bob Schieffer’s honor in 2013.

After graduating from TCU, Schieffer served in the United States Air Force for three years as a public information officer stationed at Travis Air Force Base and later McChord Air Force Base. He was honorably discharged and joined the Fort Worth Star-Telegram as a reporter, with one of his key assignments being a trip to Vietnam to profile soldiers from the Fort Worth area. Schieffer was the first reporter from a Texas newspaper who reported from Vietnam.

It was at the Star Telegram that he received his first major journalistic recognition when John Kennedy was assassinated in Dallas on November 22, 1963. Shortly after President Kennedy was shot in Dallas, Texas, Schieffer was in the Star-Telegram office and received a telephone call from a woman in search of a ride to Dallas. The woman was Marguerite Oswald, Lee Harvey Oswald’s mother, whom he accompanied to the Dallas police station, where he spent the next several hours. In the company of Oswald’s mother, Marguerite, and his wife, Marina, he was able to use the phone in the police station to call in dispatches from other Star-Telegram reporters in the building. This enabled the Star-Telegram to create four “Extra” editions on the day of the assassination.[citation needed] Schieffer later joined the Star-Telegram’s television station, WBAP-TV in Fort Worth, before taking a job with CBS in 1969.

Schieffer was anchor of the CBS Sunday Night News from 1973 to 1974, the CBS Sunday Evening News in 1976, and of the Saturday Evening News broadcast for twenty years from 1976 until 1996. He also anchored the weekday CBS morning show at the time which name is “Morning”, which was titled in accordance to the day of the week (Monday Morning, Tuesday Morning, etc.) from 1979 to 1980. One of his best known acts was as moderator of the Sunday public affairs show, Face the Nation, from 1991 until May 31, 2015.

Schieffer was also known for his reporting duties. Between 1970 and 1974, he was assigned to the Pentagon. From 1974 to 1979, he was the White House correspondent for CBS, and in 1982 he became Chief Washington Correspondent, in addition to his anchor duties.

In the wake of Dan Rather’s controversial retirement, he was named interim anchor for the weekday CBS Evening News. He assumed that job on March 10, 2005, the day following Rather’s last broadcast.

Under Schieffer, the CBS Evening News gained about 200,000 viewers, to average 7.7 million viewers, reversing some of the decline in ratings that occurred during Rather’s tenure; while NBC Nightly News was down by 700,000 viewers, and ABC’s World News Tonight lost 900,000. Schieffer closed the gap with ABC’s World News Tonight when co-anchor Bob Woodruff was injured in late January 2006.

Schieffer made his last CBS Evening News broadcast on August 31, 2006, and was replaced by Katie Couric. On Couric’s second broadcast, he returned to provide segments for the evening news as chief Washington correspondent. Schieffer was also a substitute anchor for Couric and Scott Pelley when he became anchor of the evening news in June 2011.

On October 13, 2004, Schieffer was the moderator of the third presidential debate between President George W. Bush and Senator John Kerry in Tempe, Arizona. On October 15, 2008, Schieffer moderated the third presidential debate between Senator Barack Obama and Senator John McCain at Hofstra University in Uniondale, New York. Schieffer also moderated the third debate of the presidential candidates in 2012, between President Obama and former Massachusetts Governor Mitt Romney, on October 22, in Boca Raton, Florida.

In 2013, Schieffer won the Walter Cronkite Award for Excellence in Journalism.

On April 8, 2015, Schieffer announced his intention to retire as host of Face the Nation while speaking at his alma mater, Texas Christian University. Schieffer departed after working in journalism for 52 years, 46 of those years with CBS. On the April 12 broadcast of the program, he announced that John Dickerson, the current political director for CBS, would succeed him, beginning in June 2015.

As he prepared to retire from Face The Nation, Schieffer reflected on the acclaim that came his way during the latter stages of his career. “The interesting thing about my life — a lot of the recognition I got was after most people retired,” he told The New York Times, going on to add, “I think that people just became familiar with me just because I had been there and others had come and gone.”

Schieffer’s final broadcast as moderator of Face the Nation was on May 31, 2015.